We’ve now been in the South for about two weeks. So far one of the most notable things about it is that everyone is incredibly friendly and generous, maybe even more so than in the Midwest. We’ve been given free beer, free just-caught fish, free sweet tea, free rides, and free places to stay. This couple called over to us around lunch time and cooked up sausage and boudin. (The other guy pictured, Luke, is an Australian who has been going on a tour of American blues music by walking, hitchhiking, and thanks to Oscar and Tammi, a boat on the Mississippi River.)

Another one of the most notable things is that everything is extremely casual, for better or worse. This can mean, say, that you get to camp by the river bank in a campground for free but it can also mean that the long-neglected showers in that campground have so many bugs and spiderwebs in them they feel like a haunted house and you’re stomping on beetles while you’re trying to wash your hair.

Also, as most people know the South has quite a bit of poverty. A lot of towns we’ve come to have, for a variety of complicated reasons, seen better days. The owner of Hickman, KY’s Miss Martha’s restaurant explained to us how Hickman’s center used to be bustling but now most buildings lie empty and/or in disrepair. Many towns we’ve been through have trouble rebuilding downtown business sectors while Dollar Generals, gas stations and liquor stores thrive on the outskirts for a variety of complicated reasons that would take more than just this blog post to explore. Hickman fit this pattern. Regardless, there’s not been one person we’ve met so far in the north or south who has made us uncomfortable or worried about your safety. Not that there aren’t bad people out there but we didn’t run into them north of Mason-Dixon line and we’ve yet to run into them south of it.

And racism. So far on this trip there have been three instances of uncomfortably racist comments. The worst took place, as most of our northern friends would have predicted, here in Mississippi, when a man we met started to philosophize about how, to paraphrase, there are some people in this area who just can’t hold down a job with complicated tasks, how in the ’50s when “we were supposedly so mean to them,” at least back then they “were being taken care of.” You can infer who “they” are.

Where do you even begin? A lot of people would hear that story and feel every assumption they’d made about the South was confirmed. But then on the other hand, the woman we met who indignantly insisted Paula Deen should not have been fired “just for using that word” was from Iowa. And in a bar in Aitkin, MN we overheard a man discuss n*****s and “A-rabs” and then, hilariously, go on to discuss “those southern hicks.” Kettle, meet pot.

We met some Brits doing the trip who mentioned that while in Minnesota a number of people told them that right here are the nicest people they’re going to come across on the trip, strongly implying that as they moved south people were going to get meaner. There’s a lot that you can say about the South, but the one thing you really can’t say is the people are unfriendly toward strangers. I generally have nothing but pride in my home state, but this sort of northern exceptionalism is not a good look, Minnesota. 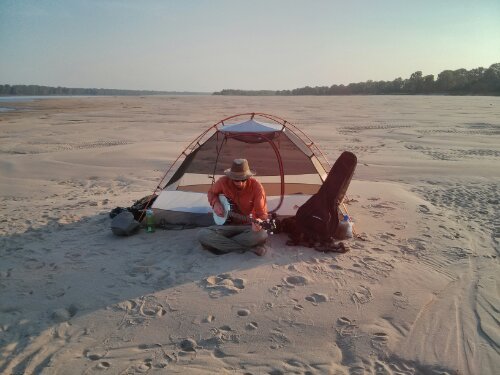 Plenty of people have made jokes referencing the movie, most of them good-natured, which I don’t mind. But a handful of people seem to be using Deliverance as the basis of their understanding of what camping in the South is like. Firstly, Deliverance is not a documentary; it’s based on a novel. Secondly, it takes place in Georgia, which is three whole states away from where we are. And we don’t have stats on instances of canoers being gang-raped by deranged hicks, but I would hazard to guess that they’re about the same in all regions of the nation.

Today we got to Vicksburg, site of the famous Civil War battle, a city that can only be reached via canoe by paddling one mile up the Yazoo River. 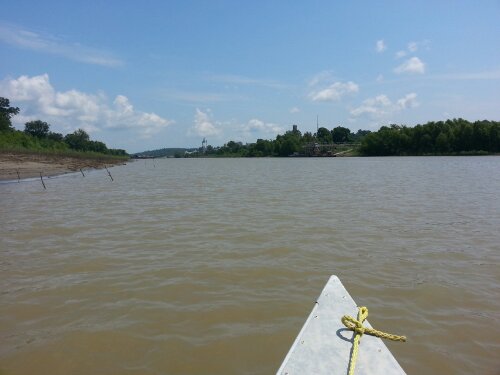 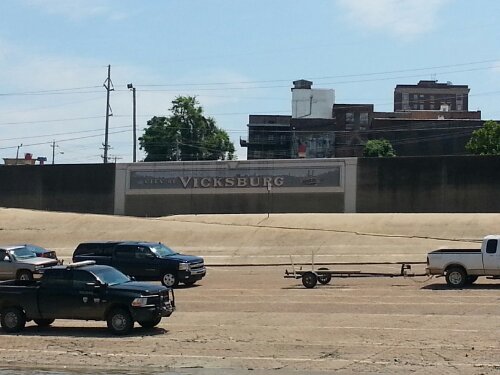 Earlier this week a couple friends of a friend, Philip and Rebekah, picked us up in Greenville, MS to help us resupply, so we treated them to one of the best steaks in America at Doe’s Eat Place. 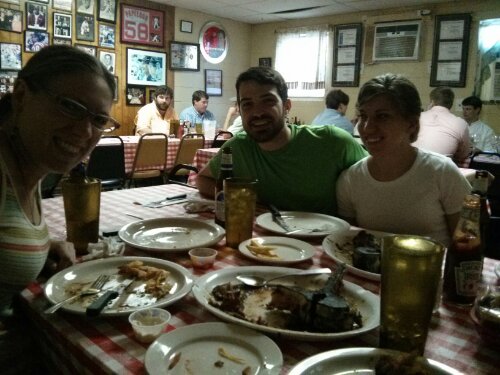 Even more excitingly, we finally entered our tenth and final state, Louisiana. A transition that is marked with no visual fanfare on the river, so we only noticed because I happened to be looking at the map. Hard to believe we’re so close to the end of this trip. Also amazing to think that “almost done” means we have hundreds of miles to go.

14 thoughts on “Let’s Talk About the South”